The history of pozole 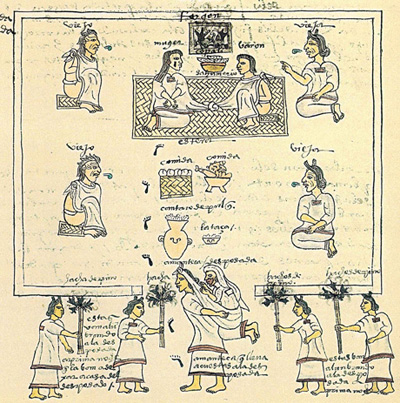 Having had its origin in pre-Hispanic México, pozole is recognized as one of Mexico's most traditional foods, and as such it has become an ever present dish in parties and fetive events in Mexican culture.

In the Nahuatl dialect, wich had its origin in Mexico, "pozolli" translates to foam. When the corn used in the pozole is boiled, the kernels open up resembling a flower's bloom and produce a light layer of foam, wich is where pozole gets its name from.

This method of cooking corn precedes the Spaniards' conquest of Mexico, and, according to the writing of historian Fray Bernardino de Sahagún, during the festivities in honor of the Aztec god Xipe, pozole was brought to emperor Moctezuma as a food offering.

Nowadays, pozole can be found in many regions of Mexico, althoungh the dish itself may very by region. The most famous pozole variations come from Jalisco, Michoacan, Tepic, Colima, Guanajuato and Guerrero. Pozole blanco, or white, is the most basic form of pozole, from which all other types ara formed.